The Evolution of Travel Luggage 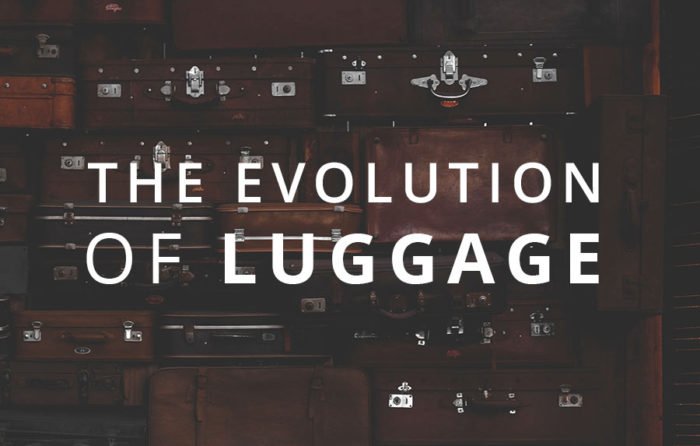 Did you know that the modern wheeled luggage with retractable handles that we see everywhere these days only became popular during the hippie era? It was the late 1960s, a period marked by fast-changing trends in politics, fashion, art, social norms, and product design. Everything was evolving and luggage design was not an exception.

Luggage Direct, a long-established luggage retailer, cites major developments in air travel and the changing needs of travelers as the factors that stirred luggage designers to seriously consider making wheels and the retractable handle a permanent feature of travel bags. So what did luggage look like before the swinging 60s?

Up to the late 19th century, a single traveler would need an army of hired hands or servants to carry his or her luggage. Luggage back then would mean a huge trunk made of wood, leather, and a heavy iron base. It was durable enough, albeit very heavy, to withstand the rigours of travelling in steamships and trains.

Traveling during this time was only reserved for the affluent who could afford to hire assistants to carry the huge and heavy trunks for them. It was only during the early part of the 20th century when the trunk slowly went out of style. As more and more people began to travel either for business or pleasure, the need for lighter and more convenient luggage became a pressing issue.

The early part of the 1900s marked the beginning of the phenomenon known as mass tourism. Travel was no longer limited to pilgrimages to holy sites or migrations to industrial towns and cities as was the case during the previous centuries. At this time, thousands of people were now visiting exotic destinations to unwind.

As the name implies, the early suitcase was a case made to carry suits. It featured an inner sleeve for storing shirts and a hat box on the side. In the subsequent decades up until the mid-1900s, the demand for suitcases skyrocketed and it became the ultimate symbol of travel rendering the trunk obsolete.

The early suitcases looked like a giant hardback book and were still bulky by today’s standards – but nevertheless far lighter than trunks. They were either made of wicker, leather, or a thick rubbery cloth stretched over a steel or rigid wood frame. It closed and opened using metal clasps and a single handle was attached on its long side.

Sadow’s luggage, which was made of lighter materials, has since become the luggage of choice by travelers the world over. It is worth noting that during this period that both the travel luggage industry and the aviation industry underwent significant changes.

Between the late 60s and the early 70s, the aviation industry imposed new rules to keep up with the increasing number of air travelers and increasing volume of cargo. Not only that, airports had to be made bigger, requiring passengers to make far longer walks. And for the first time, the dimensions of travel bags had to be within specified limits, requiring passengers to find luggage which was compliant with airline restrictions.

In response, luggage designers started producing luggage that was both convenient to carry and met the new airline size requirements. In short, the wheeled luggage we know today was born to meet new aviation rules as well as making life easier for the traveler.

Modern luggage is different in many respects from what went before. The most notable difference is the weight. Modern luggage is manufactured with lightweight but hard plastics or synthetic fibres attached to alloy frames. Unlike the early suitcases and trunks which mostly featured metal clasps as locks, modern luggage uses zippers instead.

READ: How to DIY an Ayres Rock Tour

The Luggage of the Future

Luggage design is undeniably linked to current developments in mass transportation particularly air travel. Considering the recent advances in aviation technology, it is just a matter of time before new airliners with advanced amenities roam the skies. By then, new standards and rules in air travel will have been implemented.

It is exciting to imagine how the luggage of the future would look like. Will it be made entirely of new materials? Will it be lighter than our current luggage? There are already prototypes of travel bags that self-propel and follow you through the airport to the check-in counter.

Smart bags with GPS tracking systems became popular in recent years but then were banned by many airlines concerned about the lithium batteries that power them catching fire in-flight.

Probably the most useful development in luggage technology that would benefit the traveling public the most would be smart bags with a new type of battery that does not constitute an in-flight fire risk.

And new zipper mechanisms that resist pilfering by baggage handlers would undoubtedly come a close second on the list of desired features.

Whatever the future holds for the humble travel bag, luggage design has come a long way from the trunks and heavy suitcases that travelers were using less than a century ago.

MORE: Prefer a Backpack? Here’s How to Choose the Best Anti-Theft Backpack 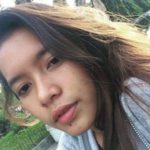 Carolette is the owner of thelifestyleofmaria.com, a Freelance Content Writer & Digital Nomad from the Philippines. She writes on a wide range of topics and has worked with startups, corporates, and individuals globally.

Previous PostThe Mud Statues of Kolkata You Probably Never Knew About
Next PostWhere to Stay in Tulum, Mexico