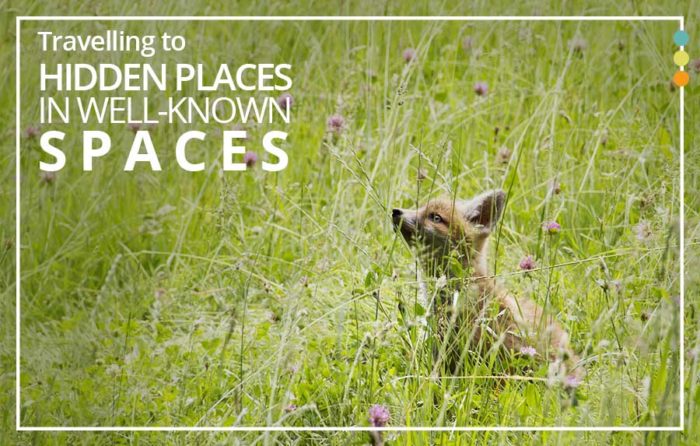 Traveling is a glorious and freeing experience. Unlike vacationing, your goal is to go further than lounging on a beach in some resort (although, that’s a perfectly fine way to take a break throughout your travels). Still, travelling is about the experience. It’s about seeing and experiencing things which pump the heart full of adrenaline and fill the mind with awe. You want to see and do things which have never been seen and done before. The problem is that, in an age that allows anyone with funds and a little free time the potential to travel, everything has already been seen and done before.

So, you don’t want to go to all the famous cities or towns that everyone has seen before. Before you dismiss travelling to well-known places, however, consider this; the world is big. Very big. Most tourists and vacationers who go to famous cities see the same spots in the same little bubble, but if you’re the adventurous type then you can venture a little further out of the heart of these places to find hidden gems that many people haven’t seen. If you’re ready to travel to hidden spaces in well-known places then here’s a guide to help you do so.

We didn’t put Mexico City on this list because it’s necessarily the most “popular” tourist destination but, rather, because it’s a very well-known place that somehow isn’t well-known for all its fascinating culture and architecture. There are beautiful Aztec Ruins in the city centre, Gothic-style buildings lining the streets, and a magnificent cathedral that boasts a lot of history as well as a jaw-dropping aesthetic. If you want to travel to somewhere well-known but which offers a lot of hidden gems that most travellers would never think to go and see then Mexico City is definitely the place to go.

Queensland is the hub of tourist activity in Australia. Okay, it isn’t home to the famous cities in Australia, such as Sydney or Melbourne, but it is home to Brisbane and lots of beautiful natural scenery that draws visitors from all over the world. That doesn’t mean they see everything there is to see, however. A relatively famous place that you can travel to from the aptly-named Sunshine Coast is Fraser Island. “That’s not an unknown place,” you might say, and you’d be right. However, there’s a lot to explore on this fantastic island, and the average visitor might not venture beyond the most obvious tourist zones.

Don’t be afraid to do more than lounging on the beach; venture off the beaten track and explore the island. You could get your hiking gear on and try the 90km Fraser Island Great Walk to get a raw experience of the island’s natural beauty and explore the place more freely.

France is a beautiful country that draws tourists from all over the world, but it’s a crying shame that, often, many don’t venture further than Paris. There’s so much more to France than its capital, as beautiful as it may be. Amiens is the perfect example of this. It’s a town which boasts a cathedral that makes the Notre Dame in Paris look insignificant in both terms of size and aesthetic when compared. Amiens also offers a beautiful cake known as the macaron d’Amiens that is a local gem worth trying at least once in your life.

Where is your favourite hidden space?