Head West When You’re Down Under 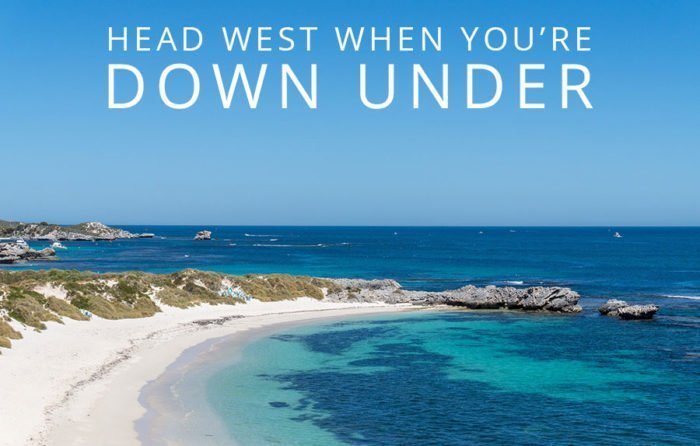 Head West When You’re Down Under

The area in and around Broome remains Western Australia’s secret getaway as it slips into an endless panorama of Indian Ocean, the sunsets and sunrises a thing of such beauty here that almost everything else in the region starts to play second fiddle.

From riding camels along the beach to the chasing dinosaur footprints; there is so much for the adventurous traveller to do in the northern part of Western Aus, and we’re about to shine a light on the very best it has to offer:

To mention Broome but not mention the twenty-plus kilometre stretch of white sand would be a sin because Cable Beach is one of the most breathtaking places you can ever visit. Camel rides at sunset, off-roading at midday and turquoise waters to enjoy all day long, whether you want to get wet or sit on the low red ochre cliffs. You could spend all day here and your jaw would still hang open when you left.

This is known as one of the world’s most incredible palaeontology sites where dinosaur footprints dating back over 130 million years can be gawked at when the tide is low. It is one of the sights that makes you realise just how important this earth is and how it is our duty to look after it. Of course, this northern part of Cable Beach isn’t just for the Ross’ amongst us because head to the lighthouse and you’ll be able to see dolphins playing and whales migrating.

This 660km track through wild heart of Kimberley is something you need to do while in Western Australia, especially as you can visit the Gibb River Road from Broome in a day. It isn’t just one of the great drives in this part of the world, or in Australia, but anywhere on earth. Whether you go it alone (which is brave), or as part of a tour (which is wise), make sure you see Windjana Gorge and the Tunnel Creek.

Anyone that has any interest in natural beauty will worship the ground David Attenborough walks on. Well, that living legend described Horizontal Falls as one of the greatest wonders of the natural world, which should be all the social proof you need. What makes it so magical is the fact the falls reverse with the changing tides and that creates the most amazing whirlpools. Walk the banks, take a vessel or see it from above; so long as you see it, how doesn’t matter.

This is what it used to be called, but that has since been replaced by its more apt moniker of ‘Staircase To The Moon’. This is because you can see the most mesmeric reflection of the moon in the still waters on this coast, a phenomenon like no other. Of course, if you don’t time it right, there is still plenty to enjoy here, especially the wildlife that enjoys the red sandy beaches and lush grasslands.

Where do you want to go to Western Australia?

Home » Contributed » Head West When You’re Down Under