Golden Week in Japan: Should you go? 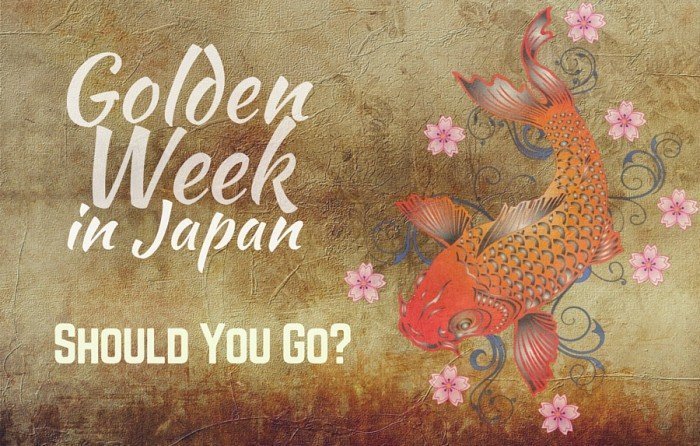 Should I go to Japan During Golden Week?

Hard questions you may be asking before you book your ticket. I myself decided to head to Tokyo right in the middle of Golden Week, despite reading countless blogs telling me not to. I did this mostly because the plane tickets were cheap and I thought I wanted to experience “the real Japan anyway.” Most articles I read on the subject said that it would be too busy and hectic and I’d have trouble finding accommodation.

What is Golden Week?

Its a rare accumulation of National holidays grouped together over a period of almost 2 weeks. The Japanese don’t get many public holidays, so this particular time is a frantic craze of Japanese people travelling around their country. Meaning transport and tourist sites are absolutely packed!

When is Golden Week?

Golden Week usually starts at the end of April and goes through to the end of the first week of May.

So, what was my experience in Tokyo during the Golden Festival?

1. Flights were cheap and our plane there was empty

During the Golden Festival was the cheapest time for flights to Japan with Australian Airlines. We flew with Jetstar, and about a month before our flight they dropped the prices even lower making them about half the price we’d paid a few months before. So if you want to do the “last minute” thing it could totally pay off. Not only that but our plane there was completely empty. Yay! If coming at the beginning of the festival, there’s a good chance you will catch the end of cherry blossom season.

I didn’t really have a problem finding accommodation. I booked a couple of months in advance because I was super worried, but I’d accidentally booked 2 days short. When I realised this (about 2 weeks before I left) I called and attempted to book in for another 2 nights. I had to change beds three times, but it was fine. The rooms were all around the same price and Ace-Inn had some of the lowest prices I found in Tokyo. So I would say; don’t leave it to the last minute and you will be fine. But really, don’t leave anything to the last minute in Japan.

READ: Only have 4 Days in Tokyo? Read this full Tokyo Itinerary

3. Everything is fricken packed

I knew that when I went to Tokyo it was going to be crazy busy and it would take me hours just to get somewhere because of the high volume of people and confusion of being in a country that doesn’t speak English. So going to Japan with all this in mind meant I wasn’t shocked when it materialised. But it was nowhere near as bad as I’d feared. Sometimes, I even got a seat on the train!

The busiest place I experienced was the Market Street ‘Takeshita Street’ in Harajuku (pictured below) when we were buying Japanese souvenirs. It’s a fairly narrow street blocked off from the road with hundreds of clothing stores and eateries. The day I went there – a Saturday during the Golden Festival – it was completely packed. Wall to wall, thousands of people slowly moving forward organised by keeping to the left.

The Sunday and Monday of Golden Week were also very busy, then Tuesday rolled around (the day after the Golden Festival ended) and Tokyo became a desert town. All of the tourist attractions, museums and half of the restaurants and bars were closed and we found it really hard to find something to do. Tokyo had an almost post-apocalyptic feeling to it.

4. Somebody tried to commit suicide on my train.

This was definitely NOT something I was expecting and may not have had anything to do with Golden Week, but it did happen during it. The train slammed on the breaks and everyone fell forward. It took us a while to realise what was going on but after peering out the windows we could see everything.

READ: A Man Tries to Commit Suicide on my Train

5. Everybody was out and about and enjoying life.

Everyone was in a cheerful mood, which gave Tokyo a lighter air. Also, everyone was extra helpful and it was nice to see such hard working people take a break and enjoy themselves.

Would I recommend going to Tokyo during the Golden Festival?

Yes! As long as you’re fine with HUGE crowds of people. It was nowhere near as bad as I was expecting though, and I really enjoyed seeing the Japanese people celebrating! Just expect it to be very busy, everywhere! You’ll have to move slowly and may not get as much sightseeing done as hoped.

Do you like or hate travelling when there are huge crowds?

Tell me about your experiences in the comments below!

If you liked it then put a ring on it! I mean, share it…

Home » Asia » Japan » Golden Week in Japan: Should you go?