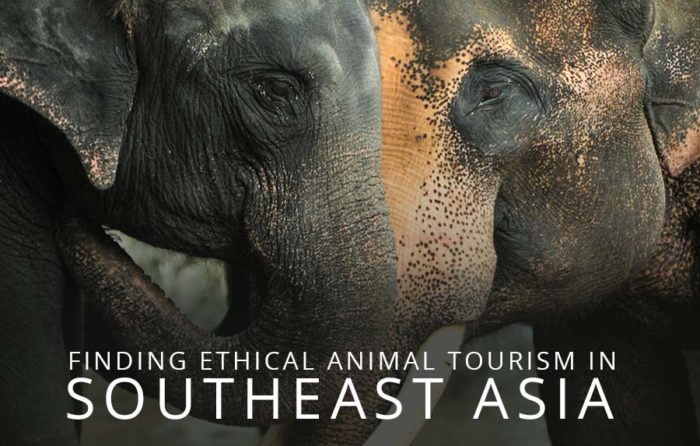 Asia is a continent of incredible topographical and cultural diversity. It is steeped in incredible history and although its cultures and traditions have been viewed by the west with undertones of mysticism for centuries, it’s easy to see why previous generations found Asia’s idiosyncratic charms so bewitching. People come from all over the world to see the varied delights of Asia as tourists, immigrants and investors.

Many westerners have become attracted to the continent’s exoticism and either returned year after year, settled permanently or invested in property. If you’re looking to invest in Asian property as an absentee landlord (as many international investors are choosing to), you can gain an understanding of popular locations and property types here https://rumahdijual.com/bogor/.

Amongst Asia’s (and particularly Southeast Asia’s) greatest appeals is its spectacular wildlife. Southeast Asia has some of the most beautiful, unique (and sadly endangered) wildlife in the world from the glorious and majestic orangutans of Borneo to the formidable Komodo dragons of Indonesia to the wonderful elephants of Thailand.

Animals have been a significant tourist draw for as long as the tourism industry has existed, but in the savvy age in which people are better informed by digital technology, the curtain is falling around a lot of animal tourism that is disrespectful and even abusive of the animals that people come from around the world to see.

Many tourists don’t just want to travel, they want to travel ethically, doing what good they can where they can as well as helping out and volunteering as part of their holiday.  With this in mind, it can be difficult to know where to go to avoid contributing to the animal exploitation that is, unfortunately, increasing throughout Asia. Before we do, however, it’s important to understand the extent of the problem…

Southeast Asia may have some of the most incredible animals in the world but unfortunately, many unethical businesses are profiting from their suffering.

Elephants are subject to some truly shocking acts of cruelty for the sake of tourism. Many travellers would be disgusted if they knew the measures taken by some elephant handlers or Mahouts in order to ensure the type of compliance from the elephant to be able to dance, draw pictures or carry tourists on their backs. They would also be shocked and appalled by the barbaric ritual of the Phajaan in which an elephant’s spirit is crushed by a combination of starvation, torture and sleep deprivation.

While elephants are among the most commonly abused animals in southeast Asia, they are one of the indigenous creatures most at risk. Additionally, the tourism industry is not the only man-made threat to their wellbeing. Deforestation by agriculture and timber industries have laid waste to the region’s rainforests with Indonesia, in particular, supplying half of the world’s timber. This has endangered not only the orangutans but also the Asian elephant, Sumatran rhinoceros and the clouded leopard.

The following ethical animal tourism providers not only do a great job of looking after the animals but to conserve their habitat and make meaningful contributions to the communities they inhabit; doing their best to effect lasting cultural, economic and social change.

Managed by a British born couple, Phuket Elephant Sanctuary radiates not only a genuine warmth and friendliness from all staff but a visible sense of passion and dedication when it comes to improving the lives of elephants.

The sanctuary is the first of its kind in southern Thailand and it serves as a shining example of how to do animal tourism ethically, whilst also providing a profound educational (and indeed, emotional) experience to visiting tourists.

Visitors are fully briefed on the correct way to behave around elephants before being invited to walk in the sanctuary’s spectacular grounds among the residents, all of whom have been rescued from the logging and tourism industries. The elephants are free to roam and enjoy their surroundings while receiving the best of care.

One of the most telling things about the sanctuary is how the elephants are allowed to choose the Mahouts and not the other way around.

Located just off the banks of the Sekonyer river within Tanjung Puting National Park. The reserve was founded in the early ‘70s the facility is both an active research facility and a tourist attraction that welcomes day visitors.

The park in which it’s situated is one of the most naturally beautiful and arboreally diverse places on Earth. As well as orangutans, the park is also home to Clouded leopards and Malaysian sun bears.

The reserve takes great pains to study and protect the noble orangutans while the reserve is the best place in the world to observe them in their natural habitat.

Komodo dragons may have a fearsome reputation, but nothing can prepare one for seeing them in real life.

The park is not only the only place where you can see these magnificent creatures in their natural habitat in safety. It’s also a place of extraordinary natural beauty where the lush green panoramas look more like those found in New Zealand than those typically associated with Indonesia.

Nestled in the uplands of Bali, this temple ridden forest on the outskirts of Ubud is a must for anyone who either loves monkeys or loves to commune with nature.

It is home to 300 Macaque monkeys who are far from why when it comes to saying hello to tourists. While visitors are not encouraged to touch the monkeys (they bite!), there are many opportunities to see these inquisitive and adorable beasts up close… Although you may need to keep an eye on your food.

For those spiritually inclined (or those who appreciate great architecture) will also find a trip to the forests 3 Hindu temples most enlightening.

There are many diverse ways in which animal lovers can have a great time on holiday, and as ethical tourism comes to the fore, let’s hope that fewer and fewer come to rely on the mistreatment of animals.

Previous Post3 Unique Things to do in Delhi, India
Next PostSix Genius Travel Hacks For When You’re Broke