The Best Beaches in Cuba (Relax on One Today!) 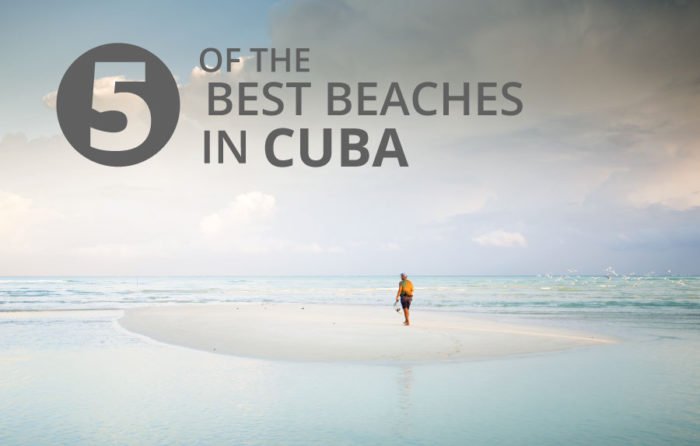 5 of the Best Beaches in Cuba. Visit them immediately!

Cuba is a country with a privileged coastline of 588 kilometres. With paradisiacal beaches bathed by the Caribbean Sea in the south and by the Atlantic Ocean and its gigantic barrier reef in the north.

It’s true that Cuba offers something for everyone. Here are the top 5 must-visit beaches in Cuba:

Considered not only one of the best beaches in Cuba but throughout the Caribbean, Varadero has 20 kilometres of white sand and turquoise waters, wrapped in mantles of exuberant vegetation that cover an aquatic paradise. It also enjoys constant sun throughout the whole year!

The best place to go is Coral Beach near Matanzas. This coral reef is accessible for swimming and has more than 30 coral species and an extraordinary marine fauna of multicoloured fish and exotic molluscs.

Part of the set of keys known as the Sabana-Camagüey archipelago or Jardines del Rey, it’s a site of idyllic landscapes of tropical vegetation, exotic birds, coral reefs, white sands and turquoise waters.

One of its most beautiful beaches is Playa Pilar, a practically virgin beach protected by an immense sand dune, with warm and calm waters, in which you can see schools of multicoloured fish, starfish and an abundance of corals.

READ: See Photographs of Cuba in a Rainbow

This is also part of the archipelago Jardines del Rey. It’s an island of exotic landscapes similar to Cayo Guillermo, differentiating itself by having greater tourist development, housing many first-class hotels, artificial lakes, and a wide range of recreational facilities.

Cayo Coco’s 22 kilometres of beaches are characterized by its transparent waters, infinite coral reefs with more than 20 diving points, plus extensive strips of white sands interrupted by rocks and cliffs. Among its most famous beaches are Las Coloradas, Playa Larga, El Paso and Playa Flamencos.

Another jewel of the Jardines del Rey archipelago, Santa Maria is easily accessible through a road built on the sea. It’s characterized by its landscape of canals between cays, mangrove forests and beautiful beaches surrounded by coconut trees, whose shallow waters allow you to submerge yourself in a universe of coral and multicoloured fish.

Adding to the beauty of this 10-kilometre beach, you can see in its surroundings large colonies of flamingos and other birds, as well as easily visit the other idyllic cays in the vicinity.

Known as one of the best beaches of the Cuban south, Playa Ancon boasts 30 diving points and is characterized by its abundance of corals and centenarian pirate boats and corsairs that lie submerged under the waters.

It offers extensive white sands, waters of varying blue and green shades along with huge coconuts that fall at the foot of the beach itself. Only 10 kilometres away, the city of Trinidad is worth a visit, a jewel of colonial architecture declared a World Heritage Site by UNESCO.

Have you been to any of the spectacular beaches in Cuba?

Previous Post5 Types Of Tour You HAVE To Try
Next Post3 Unique Things to do in Delhi, India

Home » Central America » Cuba » The Best Beaches in Cuba (Relax on One Today!)